Welcome to the roundup of the best new Android games that went live in the Play Store or were spotted by us in the previous week or so. Today’s list is broken up into several segments, ranging from best, average, to mediocre. So whether you’re looking for the best games of quality or are simply looking for the latest free-to-play gacha titles, you’re covered. This week I have the latest Final Fantasy pixel remaster from Square Enix, a fresh board game adaptation of Axis & Allies 1942, and a slick pixel-based auto-runner. So without further ado, here are the new and notable Android games released during the last week.

Please wait for this page to load in full in order to see the widgets, which include ratings and pricing info.

Looking for the previous roundup editions? Find them here.

You might not be familiar with Axis & Allies 1942, but it’s a reasonably popular board game in Europe, somewhat similar to the board game Risk that’s popular in the US. This is a tablet game, so phones are out of the picture, though Chromebooks are also supported. Essentially, a big screen is what’s required. After all, this is a strategy game where you’ll compete to conquer the world, so there are many mechanics at play that require enough room to display the host of options they offer. A tutorial is included, and since the online play is asynchronous, there’s no rush to taking your turn, which means you can play with friends casually over many days. 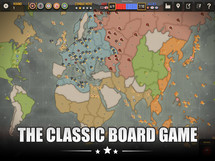 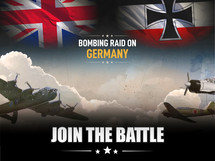 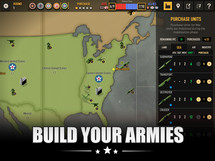 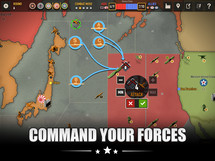 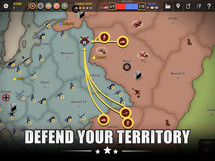 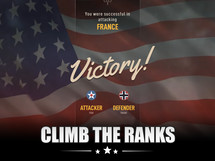 Blon is an auto-runner, but seeing that you control your jump to avoid obstacles, it’s an auto-running platformer. The art is 2D, pixel-based, and it looks great. You can try the game for free, and if you like what you see, you can unlock the full title for $4.49 through an in-app purchase. There are seven biomes to explore, several bosses to beat, and an adjustable difficulty that ensures the gameplay won’t grow stale. All around, a solid release from Plug n Digital, so make sure you don’t miss out. 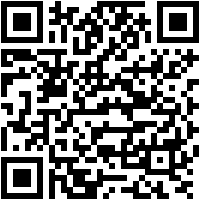 The Sun: Key of Heaven

The Sun: Key of Heaven is the latest shooter from AGaming+, and it’s a mix of survival gameplay and typical first-person shooting action. The graphics are excellent, though performance could still use some work. Gameplay can feel laggy, plus there are bugs present along with misspelled words. All around, this is a title that could use some more polish, but since it’s a new release from a dev known to support its titles, I’m sure fixes are incoming. At the very least, a demo is in the works, so soon enough, you’ll be able to check out The Sun without going out of pocket. Car Drift: Racing History is an enjoyable auto-runner, where you’ll race cars while drifting your way to victory. Yes, this is a casual game, and yes, it’s best played in short burst. But the game is fairly monetized, and there’s fun to be had as you race around. You can tune your cars as you advance, and the low poly graphics mean just about anyone can run the game with ease. So if you’re looking for a fun little racing game to pass the time, Car Drift: Racing History is a solid option this week. The Heroic Legend of Eagarlnia

The Heroic Legend of Eagarlnia is a strategy game that revolves around kingdom building and large-scale combat. Amazingly this is not a free-to-play game; it’s a premium release absent of in-app purchases and advertisements. Keep in mind, this is a challenging game, and it will take some familiarity with the title to really get going, but if you’re a fan of games that offer tons of depth, there’s actually a lot to like here despite the lackluster tutorial. Breacher Story 2 is an early access release, and it’s the follow-up to the original Breacher Story, a narrative experience that basically plays like a texting game. BS 2 offers similar gameplay, delving further into a world of conspiracy theories and social engineering. As far as text-based games go, the story here is pretty good, and since this is an early access release, the real-time sequences found in the original have been tweaked in the sequel for easier testing, though players should expect this convenience to revert once the game is officially out. If you were a big fan of TapTap Revolution, then you’ll probably want to check out this new rhythm game melod. The design is clean, and the gameplay is solid even though it’s still a little buggy, with double notes not always registering. You’ll start off with an hour of free content, and as you play, you’ll earn stars that are useful for unlocking new songs. It would also seem the developer recently removed a subscription fee, which is great to see. All in all, this is one of the cheaper rhythm games out there, and while the music is all indie content, there’s still some fun to be had despite a few bugs. 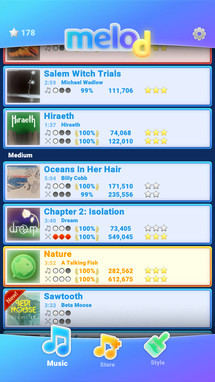 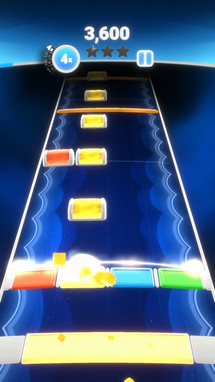 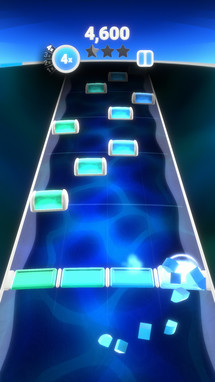 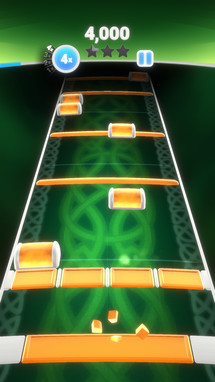 Ski Safari is a re-release of an old mobile game to celebrate its 10-year anniversary. This is an auto-runner, similar to Alto’s Odyssey, and it’s free-to-play with optional in-app purchases. If you were a fan of the original, then you’ll definitely enjoy this release too. So if you’re big into auto runners or simply never played Ski Safari back when it was popular, now’s your chance to check out this classic. Red Ball Egg comes from HeroCraft, and even though the screenshots of the game look dated and unimpressive, the art will grow on you once you see them in motion. Slingshotting an egg around each stage is the name of the game, which is easy for anyone to pick up yet challenging enough to keep people playing. This is an enjoyable platformer, and the included in-app purchases aren’t that bad. All in all, Red Ball Egg is a solid release that offers seven long levels to play through with 20 egg skins to collect, which should keep people busy for a good while. Titles that may not be the best-of-the-best, but still offer fun and interesting mechanics

Read More:21 new Android games from the last week: The best, worst, and everything in between