Password management service LastPass confirmed a security incident that resulted in the theft of certain source code and technical information.

The security breach is said to have occurred two weeks ago, targeting its development environment. No customer data or encrypted passwords were accessed.

Amidst ongoing investigation into the incident, the company said it has engaged the services of a leading cybersecurity and forensics firm and that it has implemented additional countermeasures. 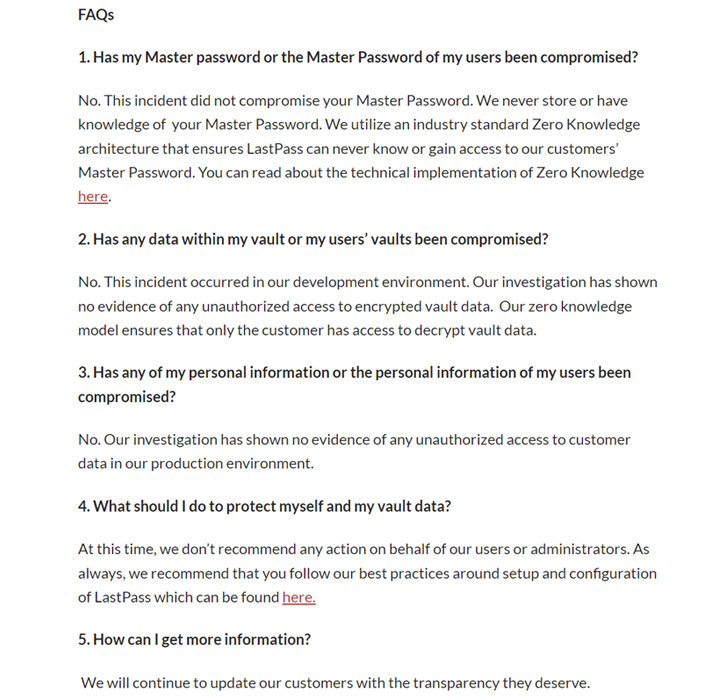 LastPass, however, didn’t elaborate on the exact mitigation techniques that it used to strengthen its environment. It also reiterated that the break-in had no impact on users’ master passwords, adding there is no evidence of further malicious activity.

As of now, no action is required from the side of users. LastPass claims over 33 million active users and more than 100,000 business accounts.

NordVPN not working with Disney? Try this!

Store And Retrieve Your Passwords From A Secure Offline Database. Check If Your Passwords Has Leaked Previously To Prevent Targeted Password Reuse Attacks